The Dolmen and Long Barrow sculptures had their origins in Cogswell’s familiarity with those prehistoric structures. A dolmen is an ancient British and Breton structure consisting of two or three vertical rocks topped by a horizontal flat rock, and the barrows, of which there are more than 20,000 in Britain, are burial mounds, some dating back more than 5000 years.

In early 1978 Cogswell exhibited a group of well-finished wooden maquettes, which were models of projected exterior ideas based on barrows and dolmen and which also investigated a contemporary way of drawing on, and building in, the landscape.

The Iron Age British people drew large images, such as the White Horse at Westbury and the White Horse at Uffington, by cutting through the shallow layer of turf to reveal the solid white chalk beneath. For the drawings on landscape, Cogswell’s idea was to create large grids of steel and concrete lying flush on the hillside. This work also had its genesis in a series of abstract drawings on which he had been working since 1974.

Of these sculptures Cogswell wrote, “I would hope that these constructions elicit in the viewer responses similar to those that I have experienced when coming upon previously inhabited sites from other cultures. These responses include that feeling of being a trespasser in a land of wonder – a place where the past is still present, and where the land is hallowed and sanctified by the beings who dwelt there and by the rituals that they enacted.” 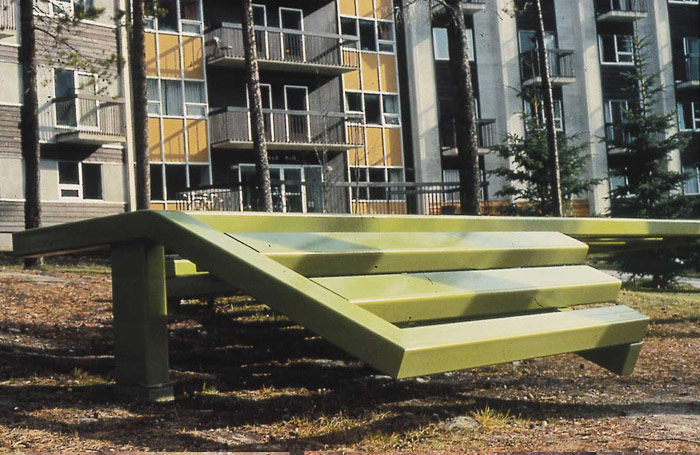 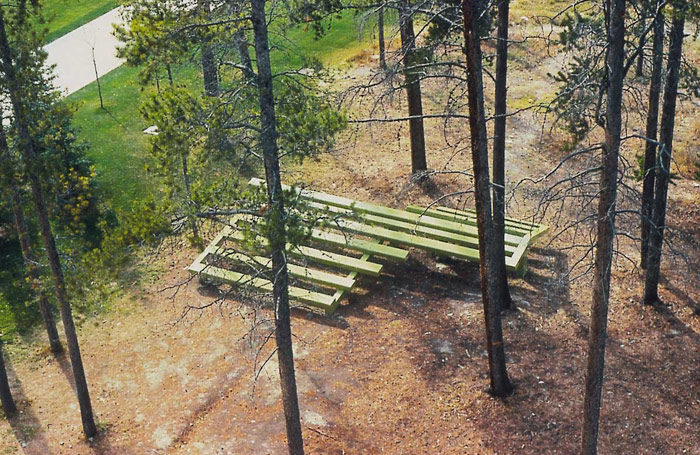 At the time, this was the largest commission given by the Canadian government. The steel and concrete components were removed and the earth forms destroyed to make way for another building on the site. The artist was not informed. Whereabouts of the components are unknown.

Wiltshire has large areas of downs (chalk uplands) which were never forested and where the earliest British consequently settled. These downs contain, as well as the White horse at Westbury and nearby Stonehenge, many other standing stones and burial mounds or Barrows . 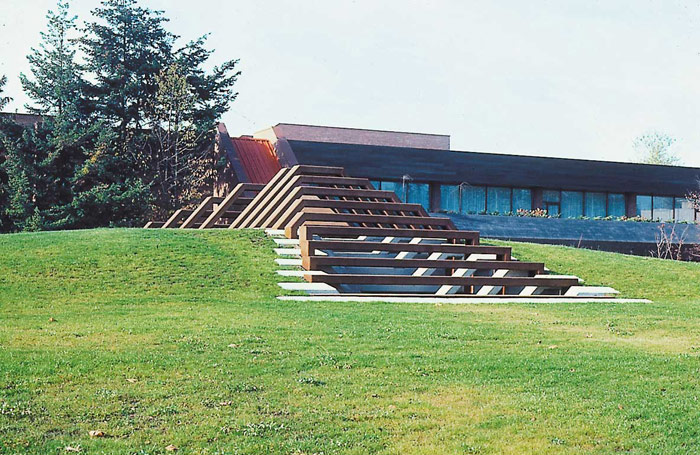 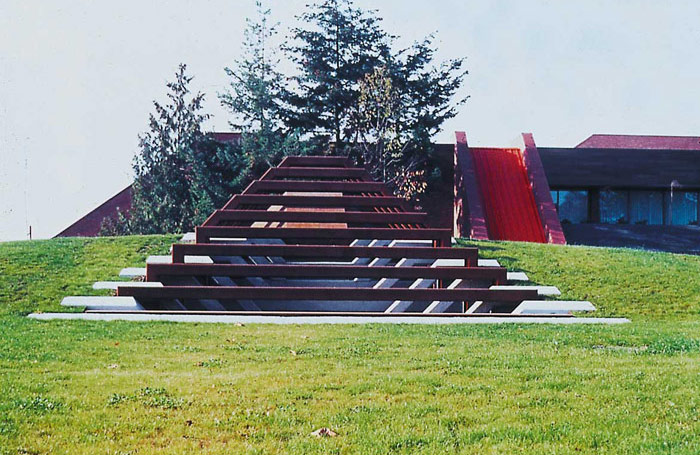 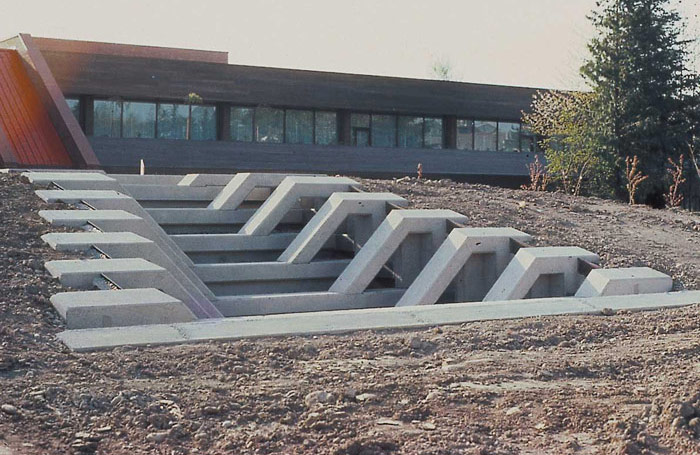 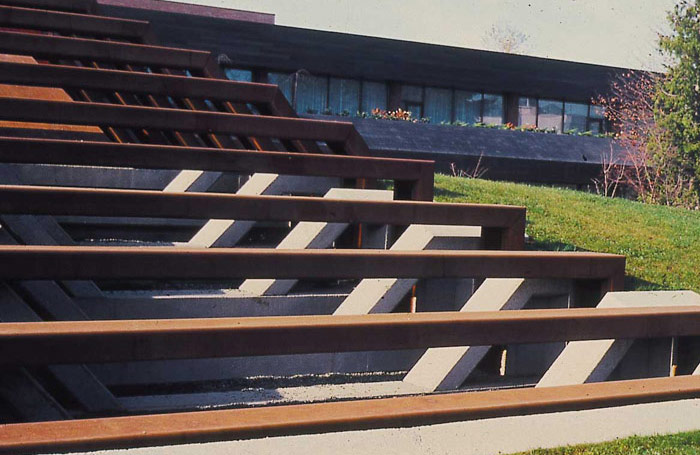 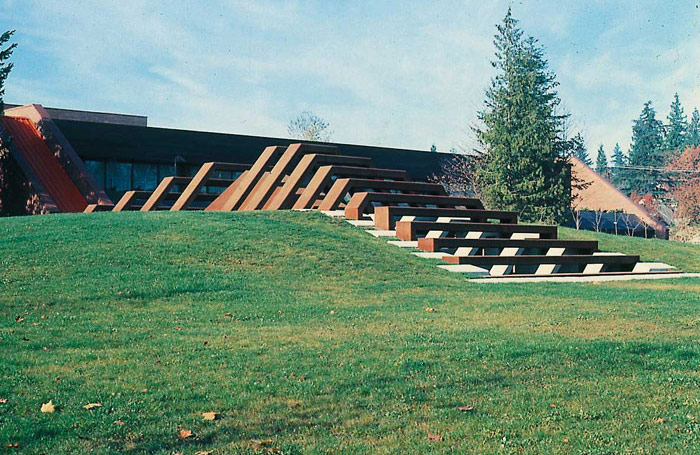 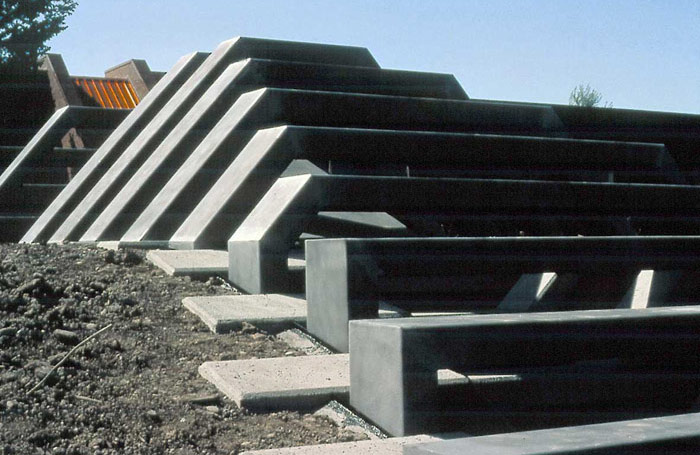 Barry was able to realize Long Barrow 6 in the summer of 1978 when he was invited to take part in the Commonwealth Sculpture symposium in Edmonton Alberta. 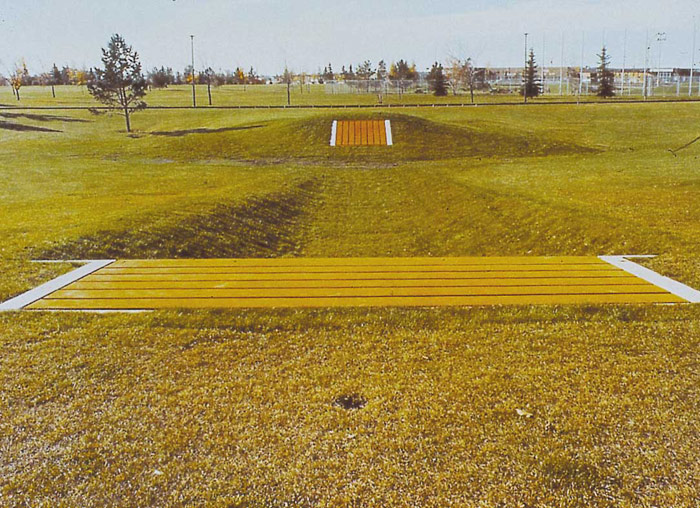